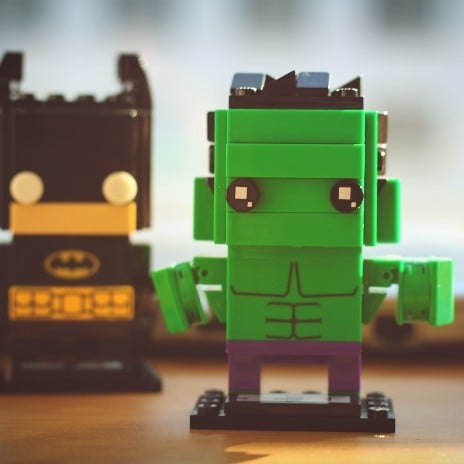 While women in the United States were reducing the gender gap in education and employment and breaking into the top echelons of politics and industry in the 1970s and 1990s, one area was trending in the wrong direction. “The world of toys looks a lot more like 1952 than 2012,” said Elizabeth Sweet, a sociologist at the University of California, Davis who studies children and gender inequality, in a New York Times Op-Ed a few years ago. According to Sweet, few children’s toys were designed explicitly for boys or girls in the 1970s, and over 70% of toys had no gender labelling at all. Many toy advertisements seemed to purposefully defy gender preconceptions, displaying girls driving toy automobiles and planes while boys play with kitchen sets and dolls.

Gendered advertising has returned to 1950s levels by the mid-1990s, and it continued to expand in the 2000s. Second-wave feminism, the nostalgia of gift-giving grandparents, and astute marketers who discovered they could persuade parents of boys and girls to buy two versions of the same product are all blamed by critics.

The tide has finally begun to change in the last few years. WalMart and Toys R Us recently agreed to tone down their gender-specific children’s marketing strategies, and Target announced plans to phase out gender-based labeling in the children’s bedding and toy aisles in a blog post on the company’s website last week: they’ll phase out explicit references to gender as well as the use of pink and blue colored paper on the shelves. “As guests have pointed out, recommending products by gender is irrelevant in some sections like Toys, Home, or Entertainment,” Target wrote in the post. “We listened to you, and we concur.”

Customers’ pressure, as well as competitors’ examples, seemed to have influenced the retail behemoth’s decision. A woman from Ohio tweeted a photo of a billboard promoting “Building sets” and “Girls’ building sets” in June, with the message “Don’t do this, @target,” and it has been shared over 3,000 times.

Target’s decision has been praised by some psychologists. According to Lisa Dinella, a psychologist at Monmouth University, “the decision to remove gender identifiers is a crucial first step towards decreasing gender stereotypes.” According to several research, youngsters prefer toys that they believe are designed for their gender. Dinella and her co-authors, Erica Weisgram and Megan Fulcher, demonstrated last year that color can be used to affect children’s ideas of what toys they should play with; they found that girls were considerably more inclined to choose typically male toys, such as airplanes, if they were pink.

Pink is a taught preference for girls, not an intrinsic one; cognitive study reveals that all babies prefer blue. (The association of boys with blue and girls with pink dates back to the 1940s, according to Jo Paoletti, author of Pink and Blue: Telling the Boys from the Girls in America.) Vanessa LoBue and Judy DeLoache conducted a study on a group of boys and girls aged seven months to five years in 2011. Each youngster was given the option of choosing between two comparable objects, one pink and the other blue. Around the age of two, girls began to prefer pink toys over blue toys, and by the age of two and a half, their preference for pink had become even stronger. Along the same era, boys acquired an antipathy to pink toys.

Beyond the playground, the influence of sex-specific toy selection has far-reaching repercussions for children’s learning and attitudes. Megan Fulcher, an associate professor of psychology at Washington and Lee University, believes that play with masculine toys is linked to large motor growth and spatial skills, whereas play with feminine toys is linked to fine motor growth, language development, and social skills.

“From toys and clothes, children can then expand this viewpoint to future jobs, jobs, and characteristics,” she continues. She was part of a team of researchers who discovered in 2008 that youngsters with gender-stereotypical bedroom decorations had more stereotypical attitudes regarding boys and girls.

According to research, children pay greater attention to — and retain more memories of — objects that they believe are intended for their gender. Marilyn Bradbard, a psychologist, put children aged four to nine novel toys in gender-specific boxes and six minutes to play with them in 1986. She and her team gave memory tests a week later and discovered that the females remembered the objects in the “girly” box in greater detail than the boys did, and vice versa.

“Organizing items by gender also serves as a barrier, preventing youngsters from exploring the wide range of toys and activities available,” Dinella explains. “Target is on the right track, but we still need marketing campaigns to encourage them to cease using color to gender-label their products.”

Why Should You Take Your Kids Car Shopping?

How to Care Puppy When Riding in a Car?

Greta’s children’s campaign is quite corporate

Free shipping is available in the USA